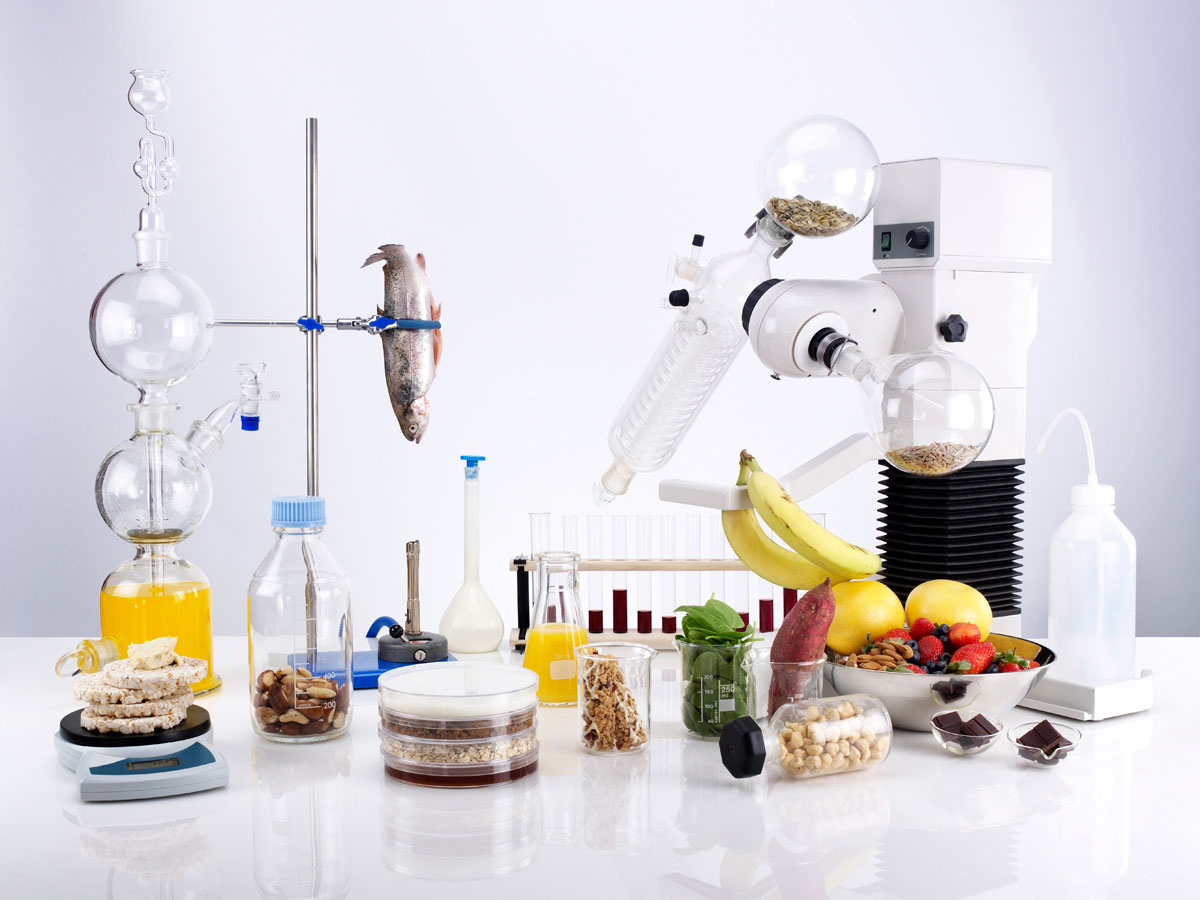 The worlds of food, farming, and science can sometimes be a tangled mess of nuances, misnomers, and misunderstandings. But if you’re at all a nerd like me, you’ll enjoy these wickedly fascinating knowledge tid bits that will have you spouting out random facts at dinner tomorrow night.

You often hear people spouting off about the superiority of brown eggs over white.. but guess what? SO WRONG. Nutritionally there is NO difference. This has been proven scientifically over and over again. So, why the color difference? The answer is so simple and strange that you’re not going to want to believe it. It all comes down to the hen’s ear-lobe color. Typically, chickens with white ear lobes lay white eggs and chickens with red ear lobes lay shades of brown eggs.

If we want to REALLY get technical, ALL eggs start out white in color; those that are laid in shades other than white have pigments deposited on them as the eggs travel through the hen’s oviduct.

..so it all just comes down to genetics and pigmentation, people.

2. The Smell of Garlic: an Enzymatic Collision

We all know that distinct garlic smell that we so often dream about.. or maybe that’s just me.. I digress. The way this smell/flavor comes about is through a pretty neat enzymatic reaction. There are two substances that remain separate in the cells within a clove of garlic. These two substances are alliin and an enzyme called alliinase. When the garlic is cut, the enzyme alliinase comes in contact with alliin and reacts to become allicin (as shown in the image above) which is the very pungent compound that gives that garlicky smell.

Due to the nature of this chemical reaction, the manner in which you slice, chop, or crush garlic can change the type of flavor you receive! Slicing garlic only allows a small amount of alliin and alliinase to come into contact coaxing a milder flavor. However, when you mince or crush garlic, a whole ton of these reactions occur, creating a ton of allicin.

….which means a MUCH stronger, in-yo-face garlic flavor.

3. Black tea or green, plucked from the same tree. Yes, you read right, all tea, whether it’s black, oolong, green, white, or pu-erh, comes from the Camellia sinensis plant. It’s all in how the product is handled post harvest that creates the unique flavors and types of teas we are familiar with.

Black tea undergoes a complex and lengthy processing, which involves full oxidation of the leaves. The amount of oxidation a tealeaf is allowed to undergo before this oxidation is stopped, determines what kind of tea you will get. More oxidation produces dark-colored Black and Pu-erh teas. Less oxygen results in Green and White teas.

Chickens spend the majority of their life walking around. This activity calls for constant, slow movement. The muscles responsible for this are called “slow-twitch” muscles which are aerobic (burning a fair amount of oxygen). The resulting muscle color is a brownish red.. giving you your dark meat. Now, as we know.. chickens don’t really fly.. often. But when they do, it’s a helluva lot of flapping around.. which requires “fast-twitch” muscles that don’t rely much on oxygen which makes the meat a light pink when raw and white when cooked.

5. Vidalia onions: a product of their environment 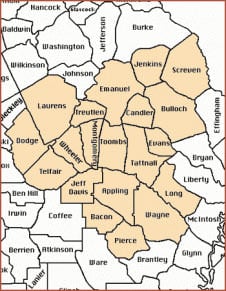 The soil all around Vidalia, GA contains oddly low amounts of Sulfur and therefore the onions don’t develop the heat of varieties grown in other environments. A federal marketing order enacted in 1989 makes it legal for only 13 counties in Georgia to market their onions as “Vidalia.”

Huh.. so they’re like the champagne of the veggie world.

Scientifically, there is no such thing as a portobello mushroom. It’s simply a marketing name for overgrown cremini mushrooms.

I feel lied to. 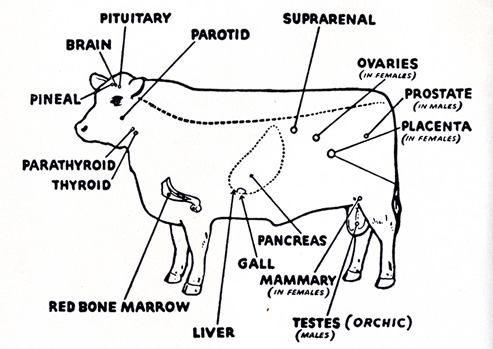 When we think of beef, we think of food, but never medicine. Did you know we rely on cattle for insulin? Bovine insulin is nearly identical to humans! The pancreas of the cow is used to make insulin injections for diabetics. In addition to that, the adrenal gland is used for certain steroid drugs and the lungs are used in certain blood thinners, like heparin.

Milk is good for putting out the fire of spicy foods, thanks to casein, which cleanses burning taste buds. Chilies, hot peppers, etc. contain a substance called capsaicin that makes taste buds sting. Milk, however, contains casein, a fat-loving compound that binds with spicy capsaicin oil and then washes it away

Animals that subsist on grasses or other forages like cattle and sheep have red meat. Why? Because plant matter contains iron and iron produces myoglobin. Myoglobin is a deeply pigmented protein whose purpose is to help ship oxygen to muscle cells. The more myoglobin a meat contains, the darker (or redder) the meat will be.

That being said, the red liquid that drains out of raw red meat when you’re thawing it or the juices from a rare steak is simply a mixture of water and myoglobin.

10. Yams vs. Sweet Potatoes: The great food confusion of the century

This is one big confusion caused by historical misnomers. Hell, they’re not even in the same plant family.. and botanically? They couldn’t be more different. Yams are related to lilies while Sweet Potatoes are in the Morning Glory family.